The VESPACE research project and thesis (École Centrale de Nantes/Université de Nantes) began in November 2017. Its objective is to develop a virtual theatre in which players take on the incarnations of active audience members at an 18th-century theatrical performance at the Saint-Germain fair in Paris.

Winner of the 2017 call for research projects

The project’s objective is to develop a virtual theatre in which players take on the incarnations of active audience members at an 18th-century theatrical performance at the Saint-Germain fair in Paris. The theatre experience is not just about a dramatic text or the architecture of the buildings. From the calm and dark environment of a modern-day theatre, it is hard to imagine the characteristic noise, bustle, disruption, on-stage incidents and pickpockets of an 18th century-setting. No two evenings would be the same because the audiences were active participants in the event. In recreating the audience experience, VESPACE aims to develop understanding about this important aesthetic, social and political phenomenon. The project uses interactive methods which characterise the theoretical foundations of virtual reality, namely the three Is (imagination, interaction and immersion). 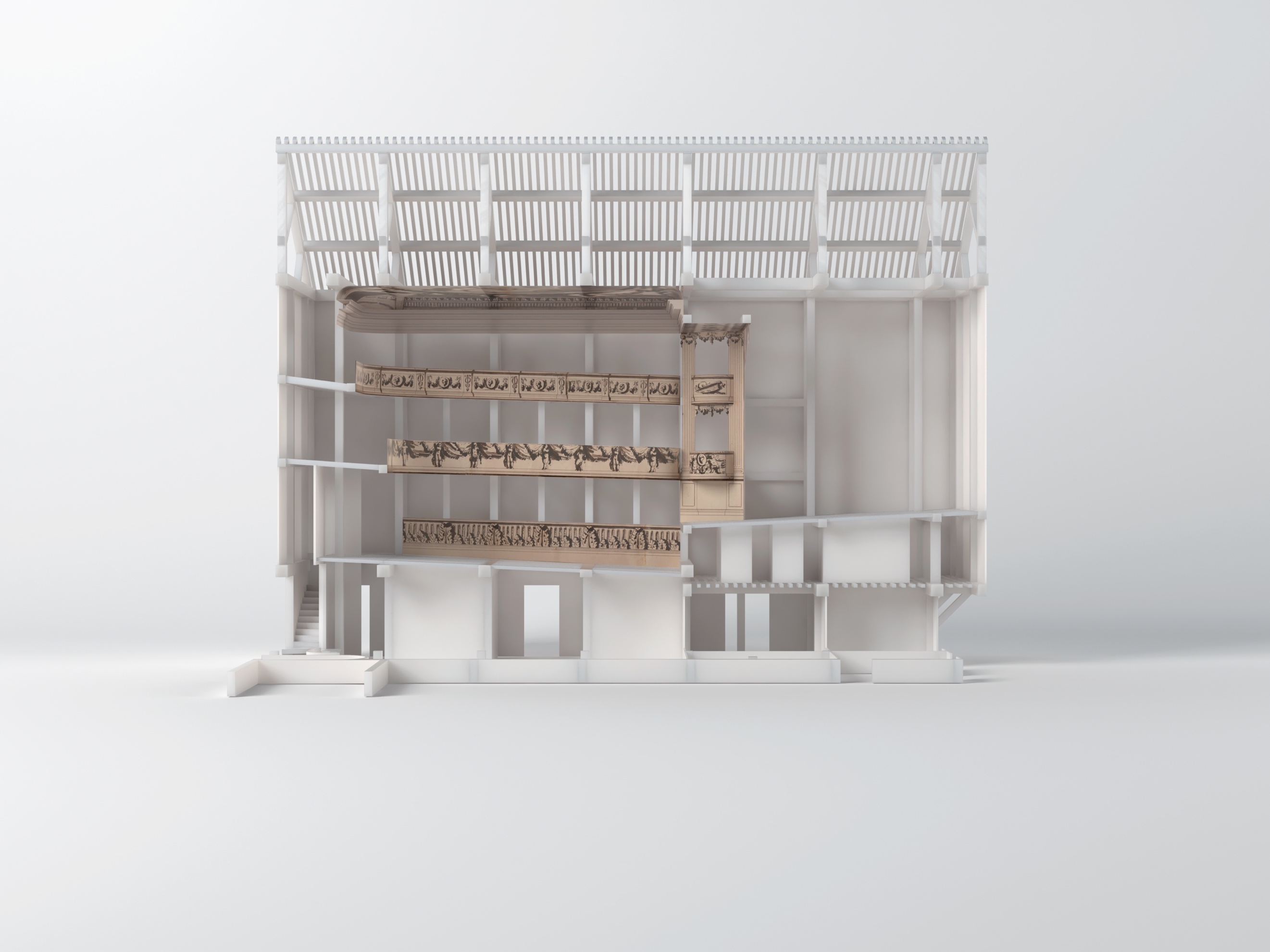 Virtual model created from plans of a theatre for the Saint-Germain Fair held by the National Archives – credit: LS2N

This thesis receives 50% of its funding from RFI West Creative Industries and 50% from the Research Department at the École Centrale de Nantes.

A website for the VESPACE project went live in March 2018. All researchers involved can add information to an internationally compliant database via this site. The database holds all the sources relating to the project and they can be used both from a computer and in virtual reality.

In April 2018, VESPACE members in France visited Louisiana State University (LSU) in Bâton Rouge in the USA to report on progress from each side of the Atlantic. An initial version of a reconstruction of a puppet theatre was presented at the meeting. This version, which is based on architectural analysis of a miniature by Van Blarenberghe, provided the researchers with insights about what immersion in the theatre spaces of the Saint Germain Fair might be like. 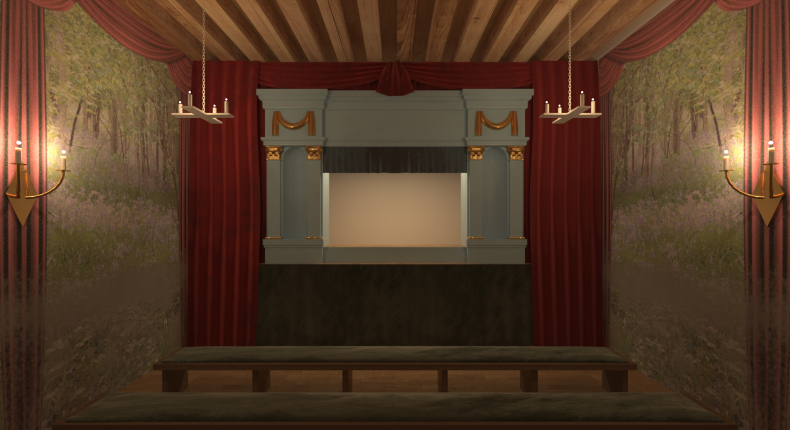 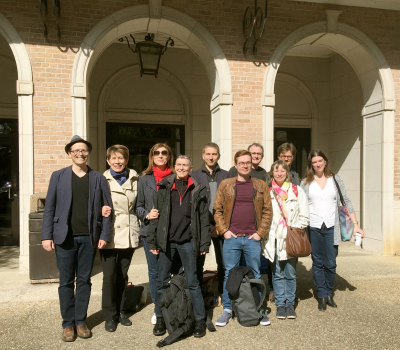 – to the left: virtuel model of a puppet show performance venue, made from a miniature replica

– to the right: the whole team at Lousianne State University (Bâton Rouge)

Between May and September 2018, the team worked on creating avatars to populate the virtual space with two interns. This involved reproducing characters (morphologies, clothing, jewellery, etc) while applying the same historical and scientific stringency as for the spaces.

The next stage involves developing a proof of concept to demonstrate the expected uses of virtual reality within a recreated space populated with avatars.

This project could not exist without an interdisciplinary approach. It is based on digital technology supporting the humanities and the humanities influencing developments in technology. It involves experts from the following disciplines:

The methodology has been tested using virtual reality immersion tools. In June, with its goal of reproducing avatars that conform to the standards of the 18th Century, the team embarked on a project with the costumes department at the Opéra de Nantes. With the aid of virtual reality headsets for immersion, the costume designers were able to draw on their undisputed experience in this field to offer advice about adjusting the morphology and clothing of avatars. 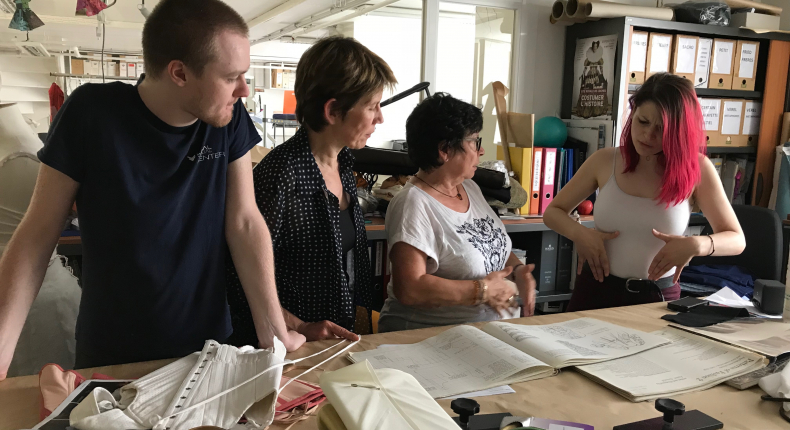 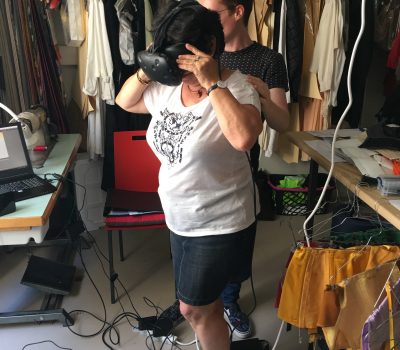 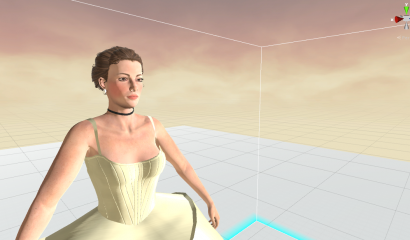