After having worked on the sound design of the Cité Plantagenêt last season, this year students will have to work on two of its gardens to help visitors, inhabitants and tourists (re)discover them. They will propose new sound devices as part of the interdisciplinary EXPÉ[Le Mans] Challenge promoted by the West Creative Industries regional programme.

The EXPÉ[Le Mans] Challenge brings together students and lecturers in history, acoustics, computer science and sound design around a project of sound scenographies highlighting the history of two public gardens in the old town.

This initiative is closely accompanied by the expertise of the Culture, Tourism and Heritage departments of the City of Le Mans.

A challenge for student education

How can an original sound experience fully adapted to the users of a heritage site be designed and developed? The synergy of complementary skills in design/creation, acoustics, IT and heritage is undoubtedly a factor of success. This is one of the key ideas of the student challenges promoted by West Creative Industries in the Pays de la Loire: to foster new and innovative uses through interdisciplinarity.

The mobilization of students around issues raised by local socio-economic partners also provides an opportunity to learn about the management of cross-disciplinary projects and the logic of partnerships, while taking part in the regional dynamic. The conclusion of the challenge by a phase of prototyping and testing confronts the participants with the constraints of development and the concepts with real uses. It is also about giving a foretaste to the students of the innovation stakes that will certainly be at the heart of their future professional lives.

A challenge for tourism development

The City of Le Mans is a partner of the EXPÉ[Le Mans] Challenge, which responds to a dual interest :

This attachment to the promotion of student work is not new, as the innovations from the first edition of the EXPÉ[Le Mans] challenge were presented at the Biennale du Son scientific and cultural event in December 2019. More information on the first edition.

Six months to design and then test the concepts

Students in sound design from the ESAD TALM Le Mans, and those from the heritage, IT and acoustics courses at the University of Le Mans have six months to propose and develop concepts for the fun and surprising discovery of two public gardens well known to the city’s inhabitants : the Square du Bicentenaire and Le Verger. At the end of the prototyping phase, the devices will be tested in real situations, then installed in the summer of 2020 in order to collect the impressions and opinions of passers-by, tourists and the city’s residents.

The launch of the challenge at the beginning of October was marked by the discovery of five gardens previously selected by the city’s Culture and Heritage department, followed by an ideation session. Indeed, in order to involve them from the very beginning of the project, the students were asked to choose the two gardens that would be their future testing grounds, according to historical, technical and sensitive criteria.

Located near the Roman enclosure and overlooking the Quai Louis-Blanc, the Terrasses du Verger gardens were developed in 2017.

Some 2,000 m² consisting of five 15 m high terraces were developed on the north-western flank of the old town. The site has about forty apple, pear and other fruit trees of old and local varieties planted along the retaining walls.

This garden was inaugurated in 1989 to celebrate the second centenary of the French Revolution.

After already beginning work on a scenario for the sound design of the selected gardens, the students will then have to write joint specifications presenting the technical aspects of the envisaged devices with respect to the historical and design intentions they came up with. They will meet every month for a period of joint work.

Highlights of the challenge :

> EXPÉ[Le Mans] is one of the three student challenges organized as part of the West Creative Industries (WCI) regional programme on the design and evaluation of the user experience. The student challenges create a space favourable to this reflection by combining skills in digital sciences, creation and human and social sciences to design original and adapted user experiences. 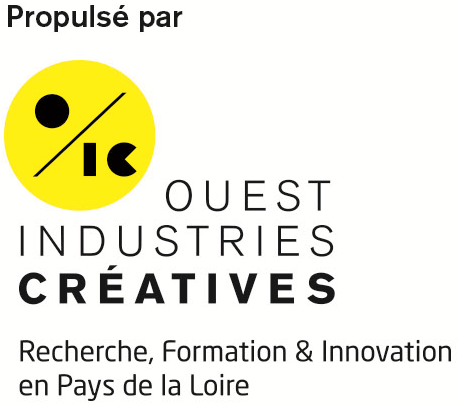 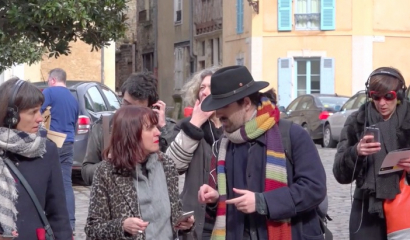