The WCI programme’s international strategy is based on a benchmark of the best innovation institutions and networks to develop and deploy strategic and reciprocal partnerships. The aim is to play a collective international role by building bridges between academic and socio-economic actors.

The partnership forged with Hanyang University and the Seoul industrial ecosystem, initiated in 2017 by WCI and the University of Nantes, has already produced very promising results.

Thanks to its international strategy, the result of collective prospecting between 2016 and 2018, WCI draws inspiration from the best international models and practices in its thematic area – the design and evaluation of the user experience. It also aims to strengthen the influence and attractiveness of regional academic and socio-economic stakeholders through five strategic partnerships: Dublin (Trinity College), Helsinki (Aalto University), Austin (University of Texas at Austin), Montreal (Université de Montréal, ETS) and Seoul (Hanyang University). Each has its own specific story.

The genesis of a meeting: from a scientific collaboration to the development of a structuring partnership

With Seoul, it all started in February 2017 at a conference in the Netherlands. The Image Perception Interaction (IPI) team from the LS2N (Laboratoire des Sciences du Numérique de Nantes – Laboratory of Digital Sciences of Nantes – of the University of Nantes / Polytech) met there with counterparts from Hanyang University, the leading South Korean university for collaborations with industry. The two teams came together to discuss the issues of the use and quality of audiovisual media and virtual reality. 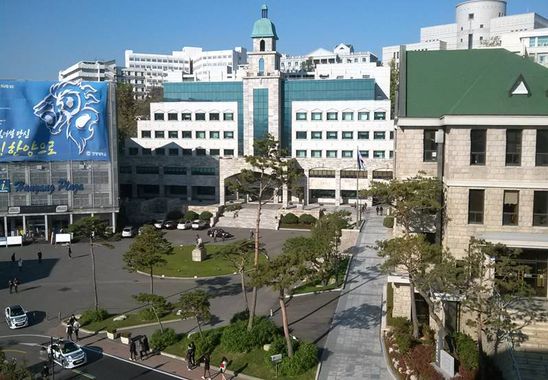 In spring 2017, the team visited Hanyang University, and notably the Artech department and its Imagine x Lab, which designs original digital experiments by combining design, engineering, neuroscience and economics. Future opportunities of working together were discussed based on this experiential approach and on the strong interdisciplinary dimension of the projects, the backbone of the WCI programme.

Moreover, like the Pays de la Loire region, South Korea is working to develop relationships between the creative economy, industry and the development of the digital sectors. 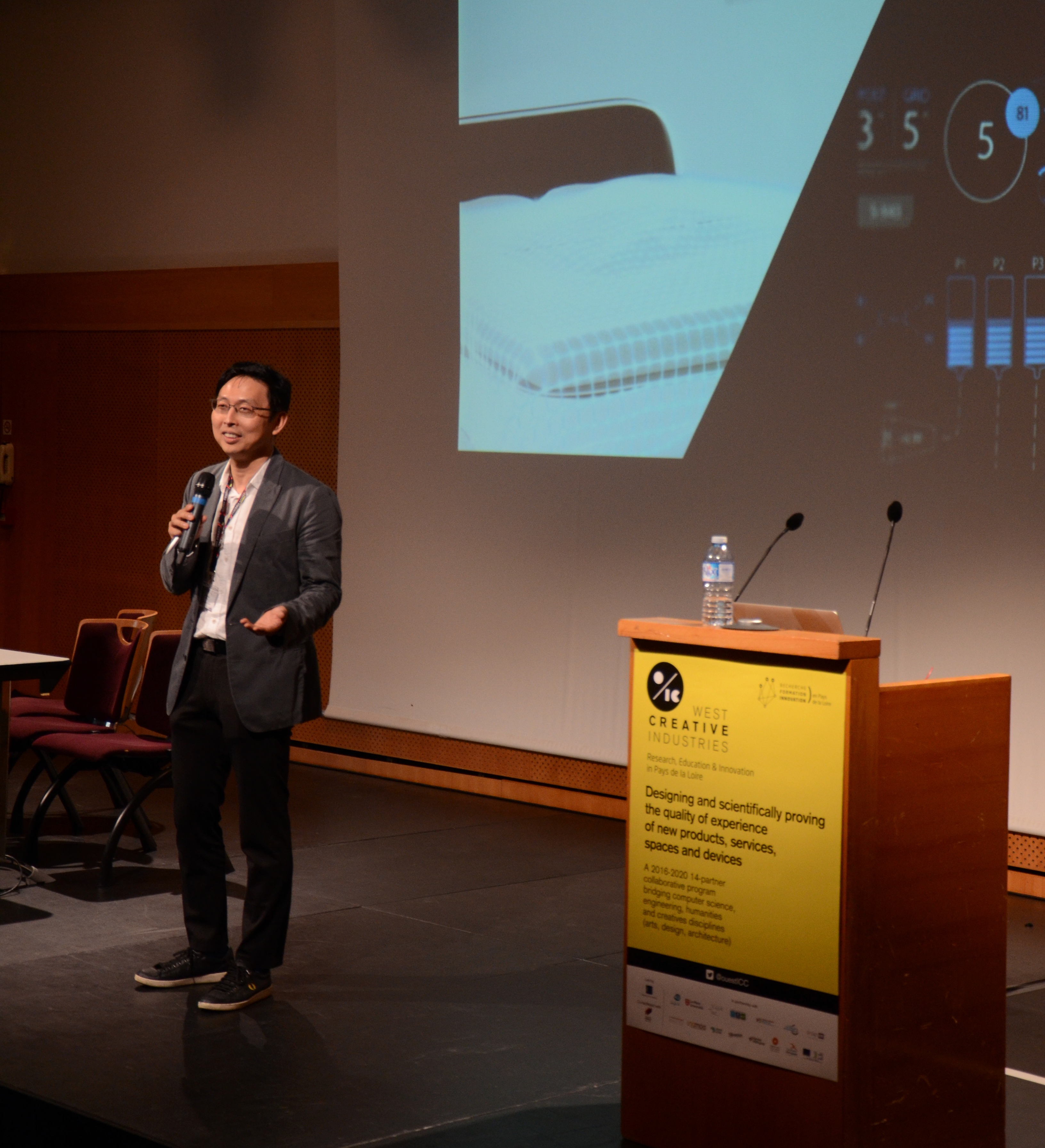 By identifying Seoul as one of the five destinations in its international strategy, the WCI programme teams and their partners knew they had made the right decision. With the support of the respective embassies of the two countries, the partnership took shape through several meetings and discussions in 2017 and 2018:

While the University of Nantes created a new interdisciplinary Master’s degree in digital cultures in 2019, students at Hanyang University in Seoul have been able to join the Artech department to take its interdisciplinary and avant-garde Master’s and doctoral programme since 2016. A source of inspiration for the academic stakeholders in the Pays de la Loire region, this programme is based on an interdisciplinary approach to research (multiple teams from the Imagine x Lab) and numerous collaborations with South Korean socio-economic actors.

“The President of Hanyang University intended to introduce a new initiative to all of Hanyang’s disciplines. His original ideas was to propose an interdisciplinary programme, but it was not easily affordable by the existing departments. That is why the new department – Department of Arts & Technology, was established in order to provide a campus-wide interdisciplinary programme. Prof. Ryu recruited several professors who were able to deliver multidisciplinary perspectives on the three types of epistemic sides of human-worlds : Design (making something), Cognition (reasoning something) and Aesthetics (beautifying something).” Pr. Hokyoung Blake Ryu, Head of Artech Department

The meetings and discussions led to the planning of a series of collaborations on research and education, co-funded by the WCI programme and Pays de la Loire and South Korean stakeholders:

– Two South Korean students working in the IPI team of the LS2N on the Emotive VR arts-sciences project led by the LS2N and the ESAD TALM Le Mans, winner of the WCI call for research projects 2017. 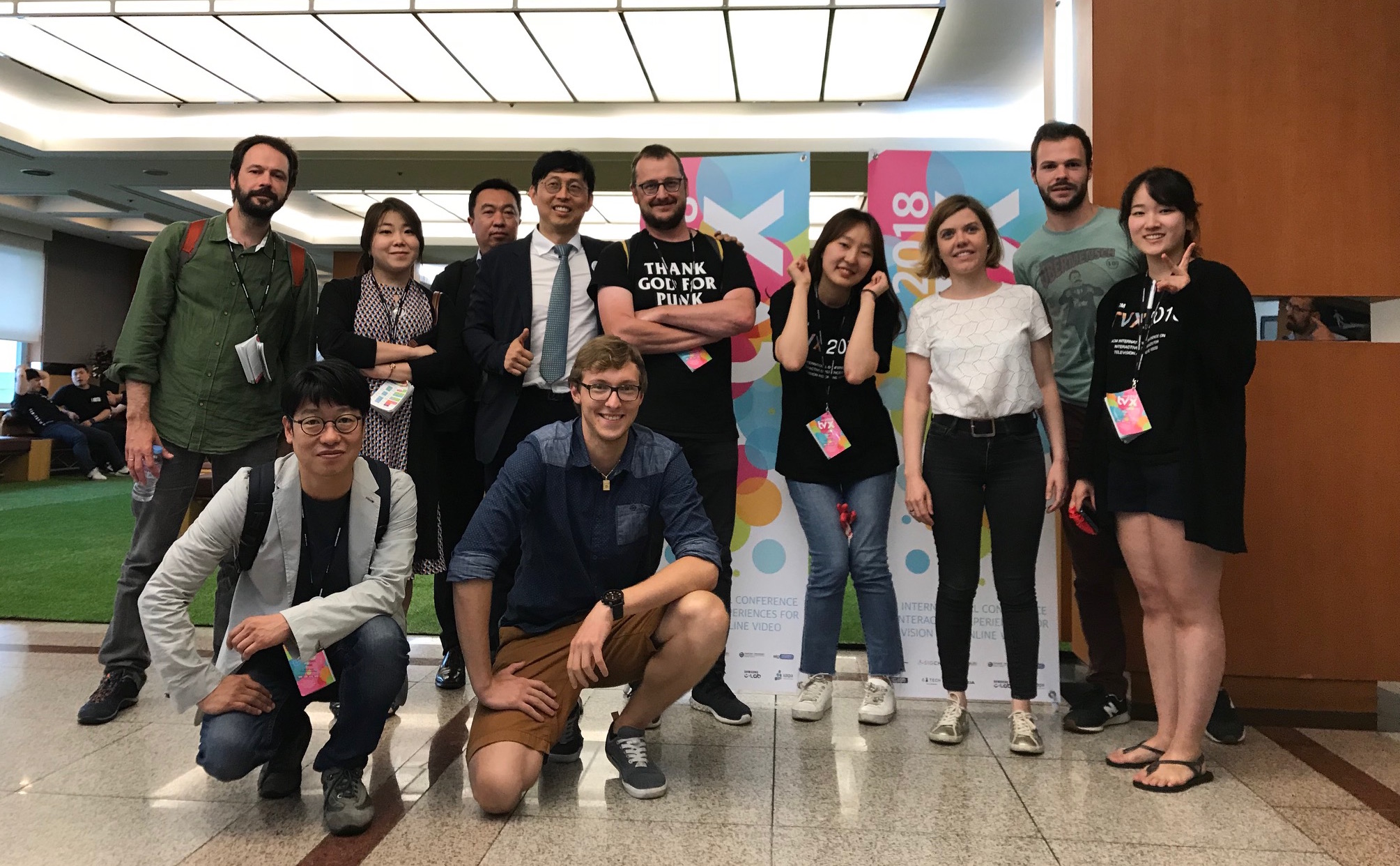 A partnership that is accelerating and including other actors

Since the start of the 2019-2020 academic year, West Creative Industries and its partners have aimed to accelerate the partnership through an increase in shared publications, the supervision of a postdoctoral fellowship (WCI call for International Strategy projects), and the promotion of joint research work. The obtaining of a Pascal thesis scholarship funded by the French and South Korean governments is also targeted.

The aim, moreover, is to extend this collaboration to other partners, both South Korean and from the Pays de la Loire region.

Thanks to the EXTENT / IITP project, the partnership with Hanyang University already brought together Nantes University Hospital and a hospital in Seoul.

With respect to the academic actors in the Pays de la Loire, the involvement of establishments and laboratories in art and design seemed very relevant.

Finally, increasing the involvement of companies was a major challenge for the South Korean and Pays de la Loire partners. The common need to open up to international markets and develop innovation through experiential and interdisciplinary approaches paves the way for new opportunities for collaboration.

Enlargement of the partnership on the South Korean side

For South Korea, the partnership now includes Hanyang University’s Graduate School of Technology and Innovation Management (MOT), some of the lecturers of which are also involved in the Artech department. Its special feature: a Master’s and doctoral programme in innovation management with students on work-study contracts, many of whom hold strategic positions in South Korean industry.

Each year, the top twenty students from the Graduate School participate in a summer school to discover and gain inspiration from an innovation ecosystem (e.g. Silicon Valley in 2014 and 2015, Berlin and the Fraunhofer Institute in 2016 and 2017), while benefiting from a top-class academic programme. In 2019, the University of Nantes was asked by Hanyang University to host this summer school. It was organized by WCI and the IAE Nantes University School of Management, which provided the academic programme on the theme of the circular economy.

3 days of courses on the circular economy

Meeting with the CEO of 10-Vins, as part of the company visits organized by OIC

Discovery of the urban project of the Quartier de la Création

Finally, a delegation from the Seoul Museum of Art – a partner of the Artech department – came to Nantes on an exploratory visit in autumn 2018 to gain inspiration from the creative and cultural dynamic of the city. 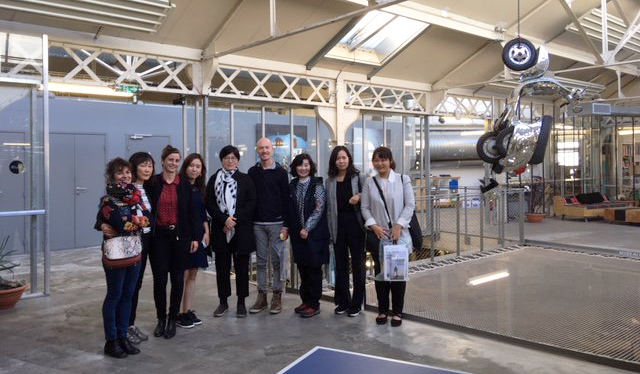 Toinon Vigier and Yannick Prié of the LS2N noted the receptiveness of their counterparts and their ability to set up projects in very short timeframes, thereby allowing joint initiatives to emerge and develop rapidly.

Finally, the brand new School of Intelligence at Hanyang University paves the way for new discussions on original themes such as Design and Artificial Intelligence, in line with funding opportunities and projects that are currently taking shape in the Pays de la Loire.