The AD LUX research project (GRANEM/Sustainable Cities Design Lab) tested the suitability of an innovative and non-intrusive data collection method (sensors interfaced with an open source platform for online environments) for assessing the effect of light stimuli and materials in commercial premises on consumer behaviour.

Winner of the 2016 call for research projects:

AD LUX was inspired by the wish to establish a connection between  the worlds of management sciences and design. From this standpoint, the project falls within the field of research into sensory marketing, data design and spatial design as a means of assessing the behaviour of individuals.

By adopting a multidisciplinary approach (psychology, economics, design) and a range of methodologies (brainstorming, pre-testing, experimentation, observations) this research tests the suitability of an innovative and non-intrusive data collection method, involving sensors interfaced with an open source platform for online environments.

The project’s original objective was to test the effects of lighting and materials in commercial spaces on consumer behaviour. However, by sharing and drawing on a wide range of expertise (including design, marketing, anthropology and data design), it has extended its scope and developed a new data collection method that can either complement or replace the traditional approaches usually adopted by both researchers and professionals. 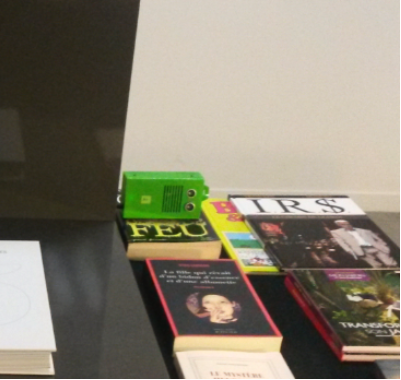 The sensor project is led by the Stéréolux Arts and Technology Laboratory (Nantes, France) and stems from an initial project – Sensorbox. MIDIR (the name of a Celtic god) is an open source multi-sensor tool which was developed by 42 Factory.

Research has involved a three-stage methodological approach, and testing the potential and significance of results in an experimental context. Data analysis has been used to explicitly identify zones of interest to individuals within the space.

The practices tested as part of this project can be transferred and generalised across commercial spaces, public spaces (museums, stations, car parks, airports, etc) and workplaces (including classrooms, offices and co-working spaces). Ultimately, the results of this research go beyond a simple study into the effects of visual stimuli, the analysis of which has been relegated to second place and considered as a pretext for contextualisation. 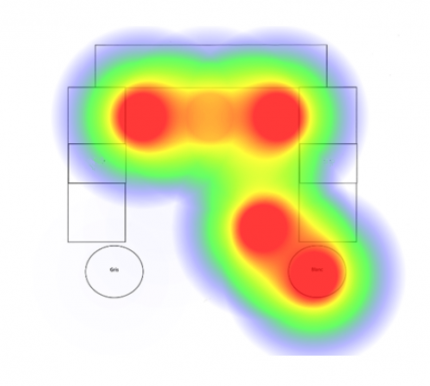 This project has relevance for two worlds: research methodology and management.

The experimental approach adopted will be presented in a self-published review from the École de Design Nantes Atlantique in January 2018.

An academic review such as Qualitative Market Research: an international journal also offers potential for publishing the results of the research.

This innovative project has a number of prospects. It will be promoted in scientific publications. Its methodological approach will be used in taught modules on research methods at the Université d’Angers and the École de Design Nantes Atlantique, to showcase the advantages of the sensors. It will also be presented to businesses to offer them an inexpensive alternative solution and a rapid decision-making tool for managing spaces (commercial or other).

Work carried out under the project also provides methodological support for the development of voluntary standards regarding AFNOR P96A – accessibility and functional quality in the built environment.

An initial brainstorming phase was held in November 2016 with the support of students from the École de Design and contributions from two designers. This first phase was followed up rapidly by pre-tests in the laboratory. Data was collected in the experimental laboratory in April 2017. This data is currently under analysis, with support from a designer (development of the online application). The results of this research are expected to be published in 2018-2019 (according to the revision process stipulated by the review targeted).

There are three phases to the methodological approach: brainstorming, experimental pre-tests and tests in the experimental laboratory. This last phase involved collecting immediate data from the sensors and other information linked to analysis of observational data recorded by the cameras. The objective of this approach was to triangulate the data and validate the significance of information from the sensors. 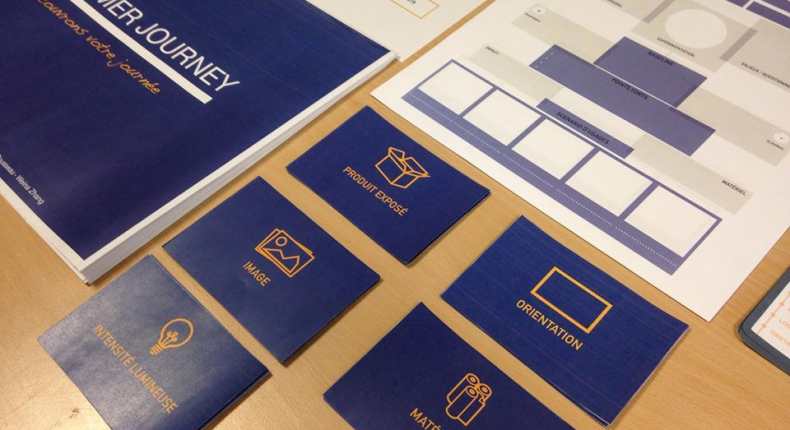