The University of Nantes, through its valorization subsidiary Capacités SAS, Nantes University Hospital and the company ARMOR are working together to produce protective visors to combat the spread of the COVID-19. Initially, they are intended for use by the medical staff of Nantes University Hospital and the AP-HP (Assistance publique – Hôpitaux de Paris), the university hospital trust operating in Paris and surrounding area.

The project is supported by the West Creative Industries programme as part of its emergency fund launched on 28 March 2020. As such, it will benefit from financial support for the acquisition of the equipment and materials necessary for prototyping.

Since 28 March, thanks to the support and collaboration of nearly 40 people on the project, no less than 22,362 visors have been manufactured, assembled and distributed free of charge in some 60 services and/or regional structures, with a relay of 25 people on the assembly.

Press release from the University of Nantes (excerpt): 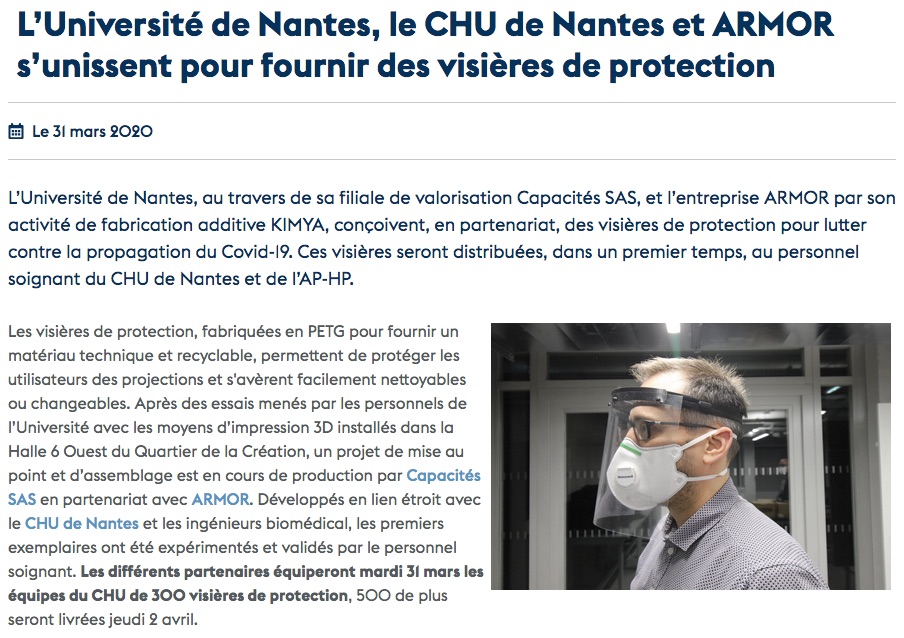 Under the emergency fund, this project has received a subsidy from the Regional Council and Nantes Métropole within the framework of the West Creative Industries programme.