A cocoon attached to the façade of a building, a terrace resembling a large ship at quayside, a space that is half airlock / half greenhouse, or an immersive and participative event…

These were the proposals of the first edition of EXPÉ[Nantes], the interdisciplinary student challenge of the West Creative Industries programme, in partnership with the SAMOA / Creative Factory and several establishments from the city of Nantes. In its original format, this Challenge proposed creative and concrete responses to the issues of well-being, comfort and collective life in third places, these shared, collaborative and modular spaces conducive to creativity and conviviality that are flourishing in Nantes. 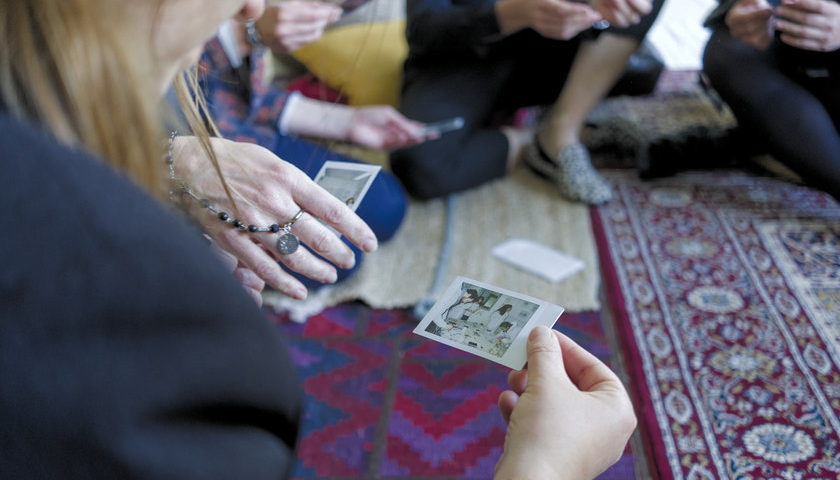 This first edition of EXPÉ[Nantes] was held from October 2018 to February 2019. Part of their curricula, students in engineering (University of Nantes / Polytech), architecture (Ensa Nantes) and management (Audencia Business School) were required to form multidisciplinary teams supervised by their course directors in order to pool their expertise, from ideation to testing, on several sites in the Nantes metropolis. These included the La Centrale and Le Karting business hubs and the B9 of the Centre for Pedagogical Development of the University of Nantes.

The six-month experiment was supported by the involvement of experts and patrons via the Nantes University Foundation. It was the subject of a presentation from 8 March to 14 April 2019 through an exhibition at Hangar 32. Three prototypes were permanently installed and tested by users of the Le Karting business hub, the Solilab laboratory for social and environmental innovations, and the School of Architecture. Finally, on 26 April, the fourth and last prototype imagined by the students was presented in the new premises of the Centre for Pedagogical Development (CDP) of the University of Nantes, this time in the form of an event.

Atmos-serre, a vegetated greenhouse open to the outside world

For the interior of the Le Karting business hub, students from Ensa Nantes and heating engineers from Polytech imagined this buffer zone, which generates a microclimate. After discussions upstream with the users of the venue, problems of luminosity and temperature ranges between seasons had emerged, often making this business hub uncomfortable. 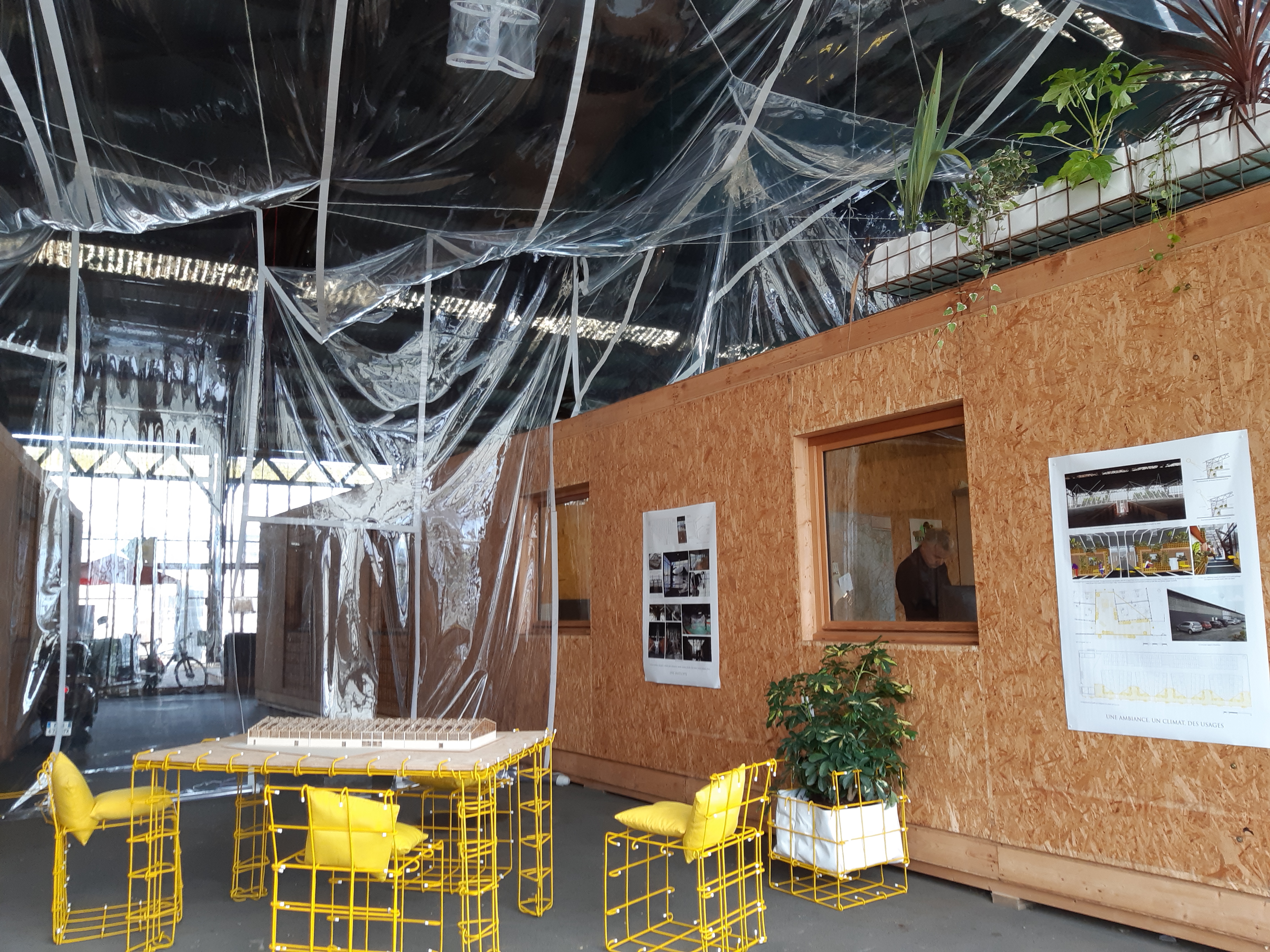 With this proposal, the space is now conducive to a diversity of uses and excites the “inhabitants” of the Le Karting.

Solikart, a terrace to create bonds

Formerly, a large, empty and impersonal alleyway hindered communication between the Le Karting business hub and the Solilab. 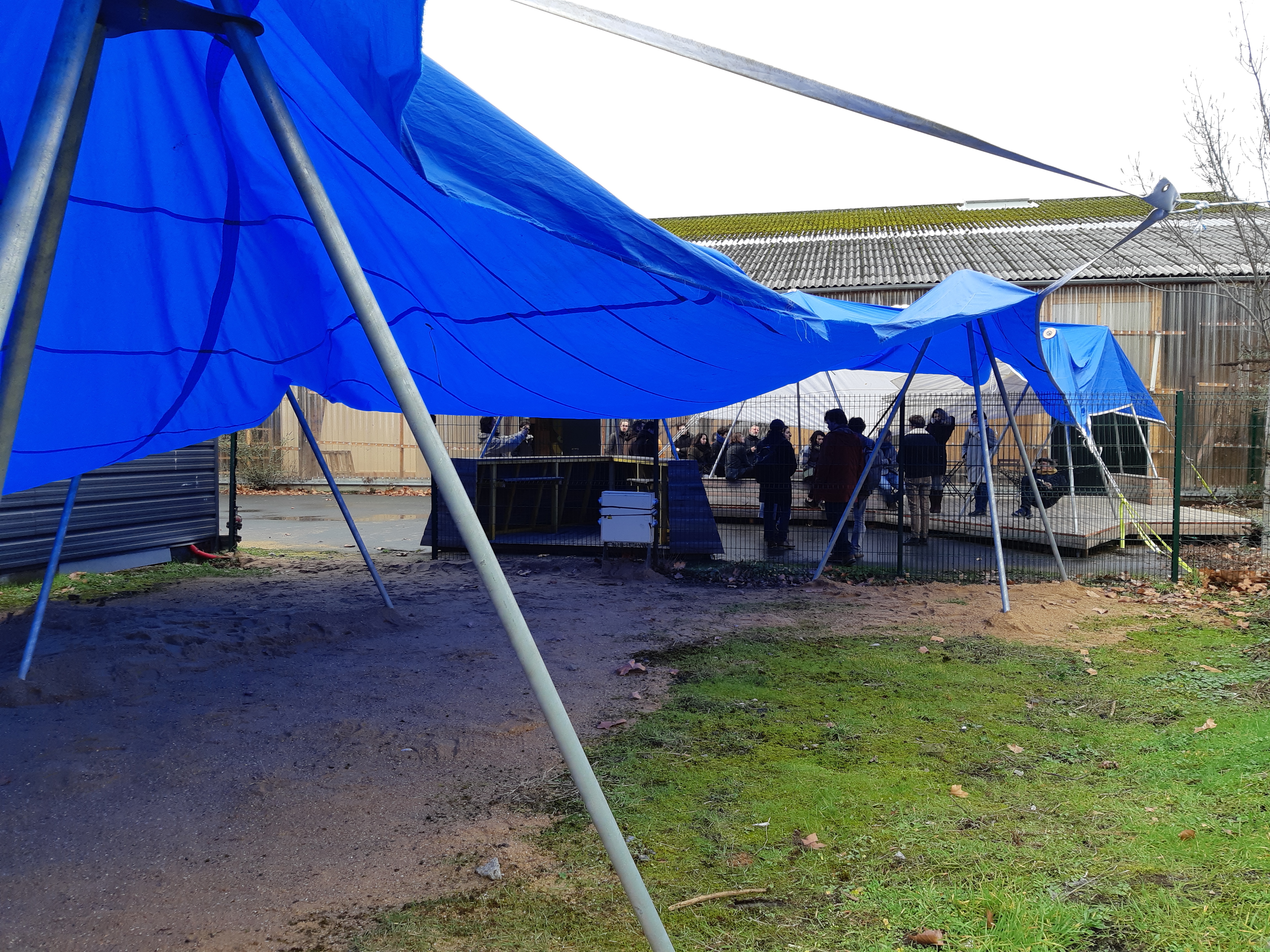 Once again, architecture students and heating/energy students from Polytech worked together to come up with an innovative solution. As a result, users now find themselves on a large wooden terrace surmounted by a sail, much like a ship moored between the two buildings. This new place of relaxation and discussion is very popular on sunny days.

L’Ailleurs, a cocoon for some alone time

For this third prototype, the students thought about the problems of the La Centrale, a business centre located next to the former MIN wholesale food market. In a third place, it can sometimes be difficult to isolate oneself to read, rest or make a phone call. 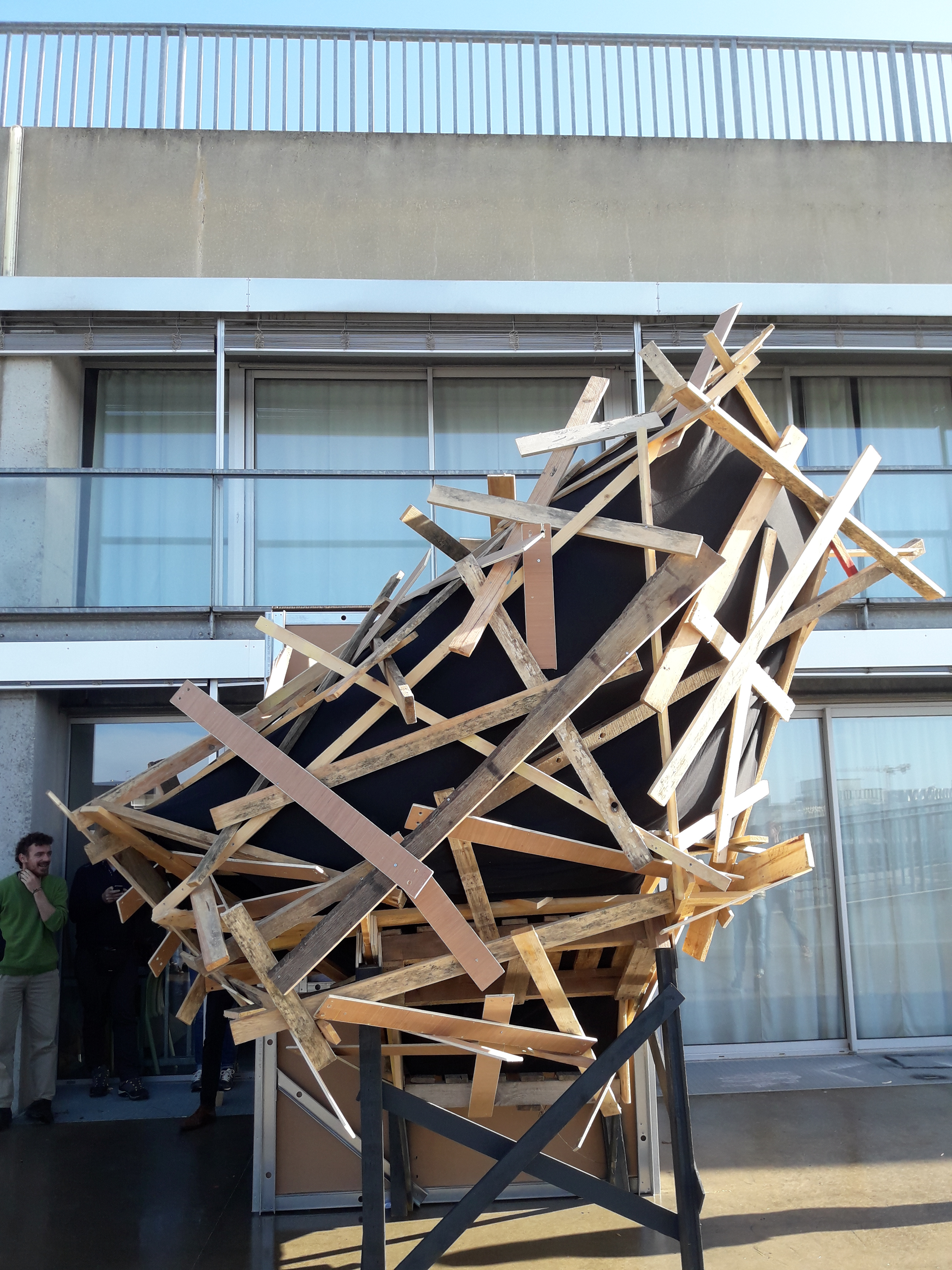 The prototype created is currently being tested at the Nantes School of Architecture and is innovative to say the least: a cocoon designed to exit the building through a window and offering a soft and luminous space conducive to relaxation.

B9, an exploratory event

The fourth and final prototype was unveiled on 26 April as an event.

The objective was to collect feedback and comments on the experience of future users of the CDP, the Centre for Pedagogical Development of the University of Nantes, their perception of pedagogy, their ideas, and their wishes regarding this new place.

The students of Audencia have created an amazing immersive experience. The different spaces of the place, offices or meeting rooms were transformed into living rooms in which visitors were invited to let themselves go and immerse themselves in times of meditation or creation in offbeat decors. 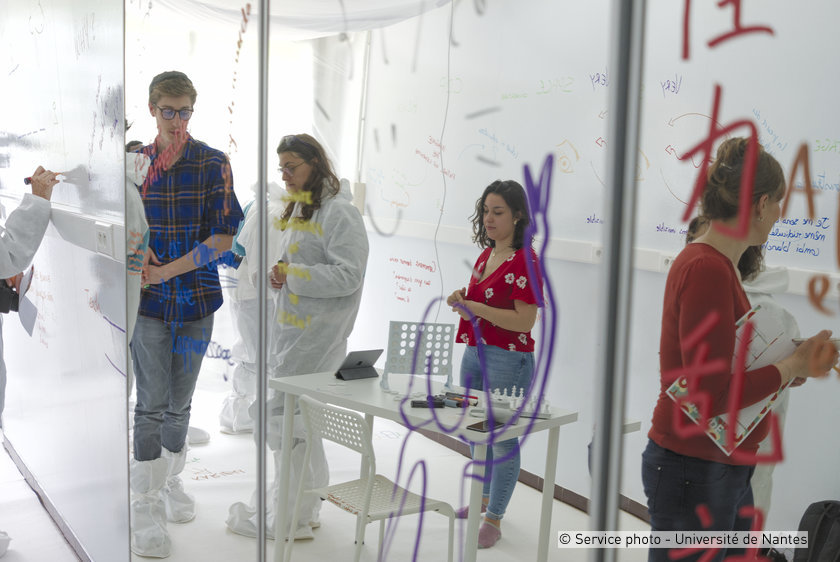 With the experience of this first edition of EXPÉ[Nantes], West Creative Industries, the Creative Factory and their partners are looking forward to a second edition of the challenge in 2019/2020.

If you wish to take part in this second Challenge as a testing ground, a higher education establishment or a sponsor, please contact our Education Project Manager: carole.pierre@univ-nantes.fr