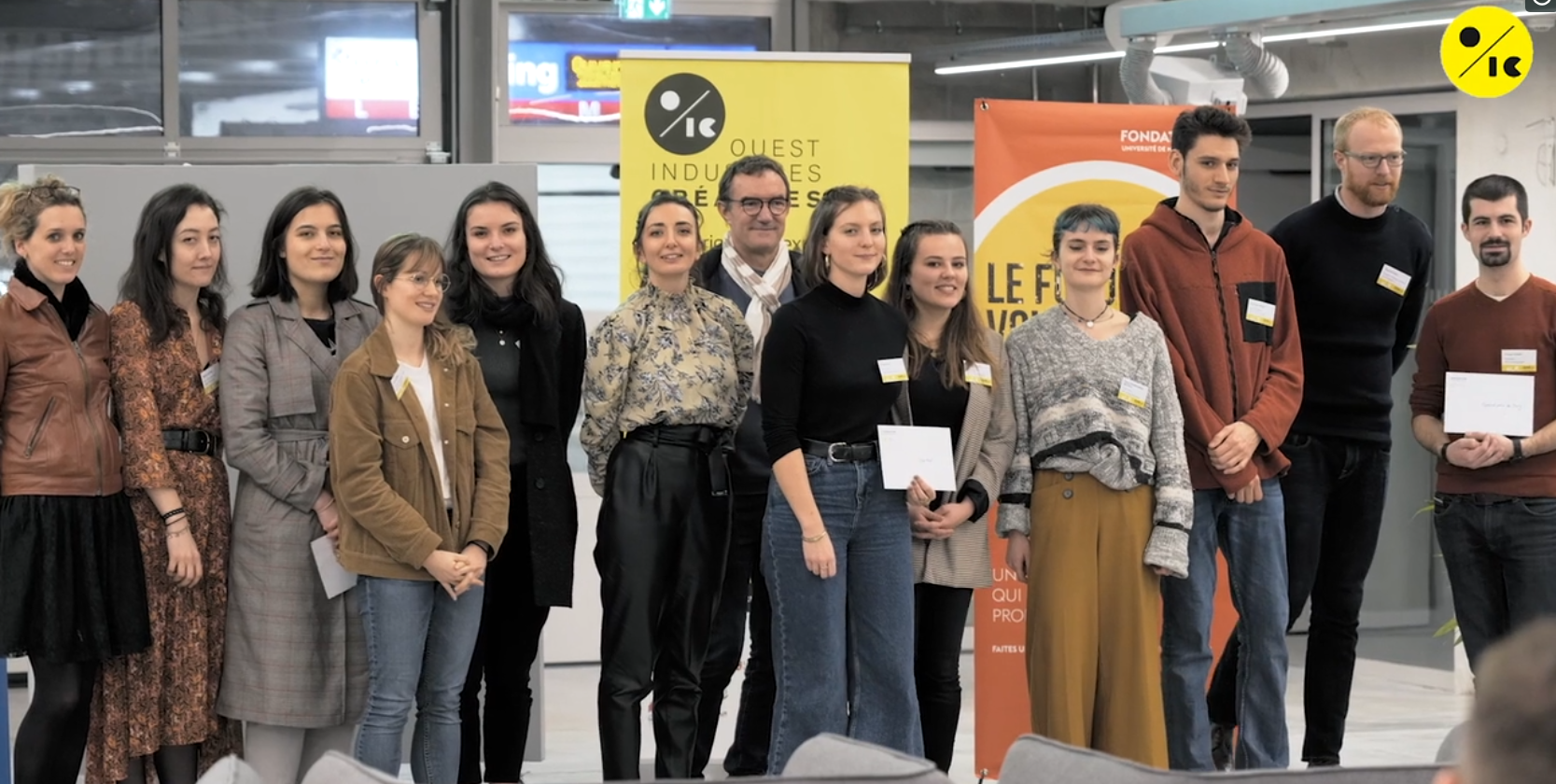 On 27 February, after an initial selection jury followed by a month of coaching to further develop their proposals, the five finalist teams of the EXPÉ[Nantes] Creative Challenge pitched their projects before a jury made up of the representatives of the challenges, regional actors and partners of the programme, members of the WCI team, as well as specialists in the sectors of activity represented. Discover the three winning teams on the challenges proposed by Nantes University Hospital, the Chronographe archaeological museum, and the Halle 6 Ouest interdisciplinary site of the University of Nantes dedicated to digital cultures.

Phonostrata is an interactive acousmatic device comprising sound beacons re-creating the atmosphere of the ancient port of Ratiatum, the remains of which are buried on the site of the Chronographe archaeological museum in Rezé, outside Nantes. These interactive terminals are aimed at all users of the site by offering two temporalities: a generation of ambient sounds when the presence of a person is detected, and listening to a scripted testimonial or other mediation content when the visitors engage with the device.

The project is led by Gustave Bainier, general engineer at the École Centrale de Nantes, and Corentin Gilbert, studying on a double degree programme in architecture and engineering at Ensa Nantes and the École Centrale de Nantes. They are currently working with the team of the Chronographe Museum to define the prototyping methods for their project. 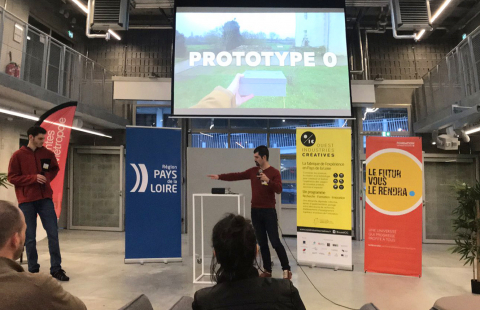 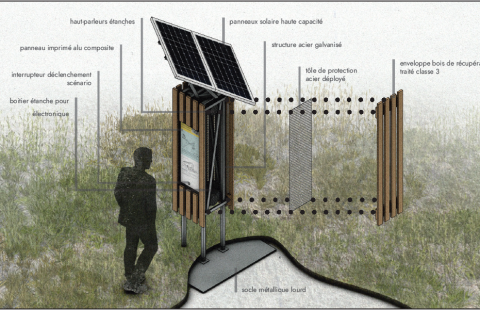 Celul, the plant-based furniture that improves the comfort of users in the Halle 6 Ouest

Celul is a set of germinator panels of different sizes, creating modular spaces in the Halle 6 Ouest site of the University of Nantes dedicated to digital cultures. Between neutrality and human warmth, Celul, with its sober and neutral shapes, allows for natural vegetalization while creating a link between its different users.

This project is proposed by Marion Bulteau, student in Information Systems Management on the Innovation and Digital Transformation university degree at the IAE Nantes University School of Management, as well as Clara Chanteloup, Zoé Oberlé and Pauline Oger, students in Social and Health Innovation Design at the École de Design Nantes Atlantique. 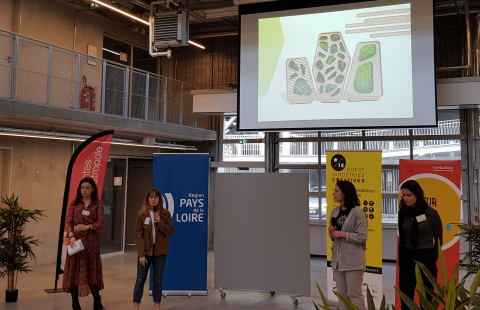 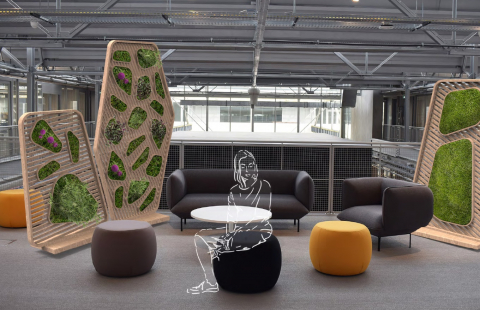 The Salon Beauséjour: Transforming a nursing home into a living space conducive to meeting people

The Salon Beauséjour is conceived as a community and solidarity café. It responds to a twofold problem raised by Nantes University Hospital on its site of the Beauséjour nursing home: namely to transcend the medical dimension of the facility to make it a multi-actor and intergenerational, attractive and friendly living space.

This project is proposed by Sidonie Bourguignon-Bertheuil, graduate of a two-year degree in Digital Graphic Design and student in Motion Design under a work-study contract, Alizée Gilles, student at Ensa Nantes, and Charlotte Mullet, graduate of a two-year degree in Communication and student in Communication under a work-study contract. 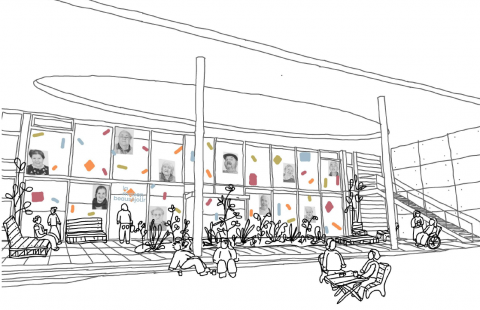 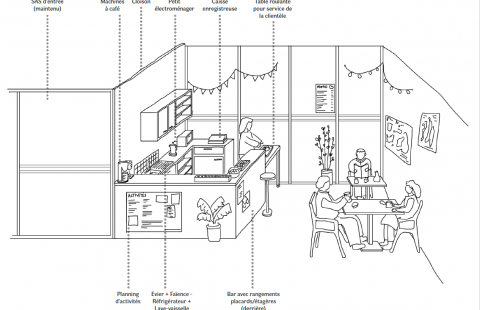 EXPÉ[Nantes] is an action of the West Creative Industries (WCI) programme in the Pays de la Loire, with the support of the Région Pays de la Loire and Nantes Métropole, in partnership with the University of Nantes, its Centre for Pedagogical Development and its Foundation, the École de Design Nantes Atlantique, Ensa Nantes and Audencia.

It brings together students and young graduates in architecture, design and art // sciences and technology // human and social sciences around the real problems faced by metropolitan actors.

Their challenge: to design a viable and innovative project that satisfies the issues of use and meets the specificities of the places concerned.